Welcome to the official website of British Sixties Radio, the all-music station playing your favorite songs of the sixties (1960-1970) from artists that were popular in Great Britain. On our player, you will, at any time, know the title of the song, the name of the artist, its year of recording or release, and view a good high-quality album art. Come back often as we add new songs on a regular basis. Get on board, we are your time machine to swinging London! If you like our station, tell your friends, listen often, and share on social networks! 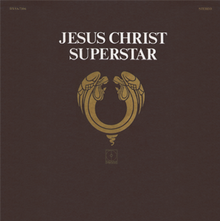 Special progamming for Good Friday (10 April 2020): The complete 1970 concept album of Andrew Lloyd Webber and Tim Rice's rock opera Jesus Christ Superstar. At 1:30 pm (EDT) / 17:30 (UTC). Be there!
Now playing on British Sixties Radio
Rate Our Tracks
By rating our tracks you help us choose the programming that you like. Vote as often as you like for your favorite (or less-favorite) tracks on this home page and on our HTML5 and Flash players. The current top 50 rated tracks are shown on this page.
British Sixties Radio on Your Website
Get this compact radio player showing album art, artist, title, estimated time remaining and buttons to rate the current track.
Just cut and paste the code to your website. Change option to play=0 if you want the music on demand instead of auto play.

British Sixties Radio is broadcasting 24 hours a day since January 29th, 2005. Our streaming servers are managed by TorontoCast, a SOCAN (The Society of Composers, Authors and Music Publishers of Canada) licensed provider. We operate in full compliance with international broadcasting laws.